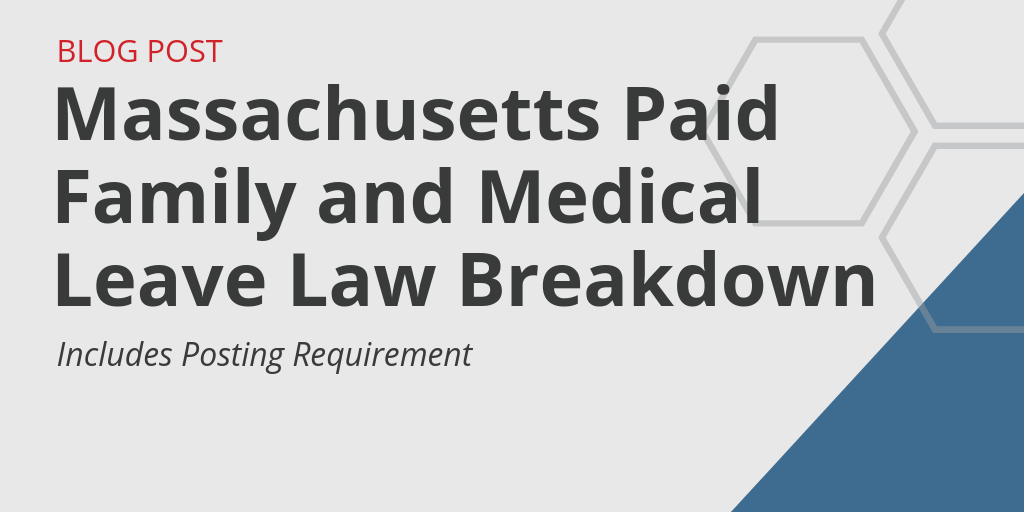 Some employers may be able to secure an exemption from Massachusetts’ PFML if they offer a private plan greater than or equal to the new law. The deadline for filing an exemption is Dec. 20.

Employers with workers in Massachusetts must take steps now to comply with the state’s new Paid Family and Medical Leave (PFML) Act. The bill went into effect in January, but deadlines regarding the legislation are coming up soon.

PFML benefits will be available to most Massachusetts workers starting Jan. 1, 2021.

Covered workers will be afforded up to 20 weeks of paid medical leave and 12 weeks of paid family leave per year, though the combined maximum total is 26 weeks each year.

However, some employers may be able to secure an exemption from Massachusetts’ PFML if they offer a private plan greater than or equal to the new law. The deadline for filing an exemption is Dec. 20.

Employers are responsible for collecting and remitting contributions starting Oct. 1 if:

The benefit amount is based on an employee’s earnings: 0.75 percent of gross wages.

Meanwhile, employers should calculate their contributions based on the average number of covered workers from 2018.

Also, if a company has fewer than 25 covered workers, such businesses are not responsible for the employer portion of the medical leave contributions.

Find guides for workers and employees on the Massachusetts website.

Jurisdictions across the country continue to enact paid leave laws. And they’re only becoming more specialized and complex.

Courts are weighing in on these laws, as is the case in Michigan, Colorado and Pittsburgh. Meanwhile, legal challenges have been levied against paid sick leave laws in the Texas cities of Dallas, San Antonio and Austin.

What does that mean for employers? It will be vital for companies to consult legal counsel, calculate costs with their payroll teams, and ensure compliance across the board.

Nevada Paid Leave Can Be Used for Any Reason: Posting Requirement
Scroll to top