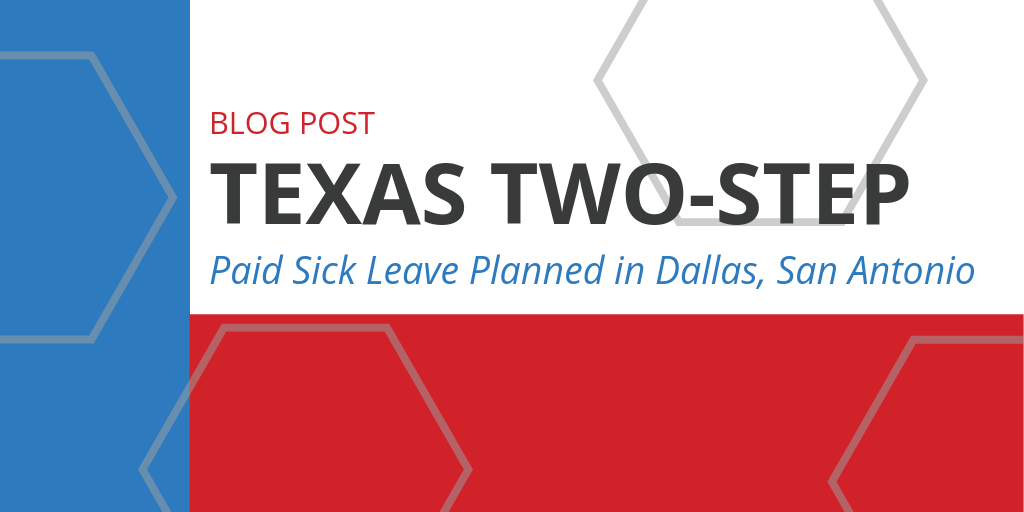 The paid sick leave laws in Dallas and San Antonio are similar. Assuming no legal challenges in the next couple of weeks or so, they will go into effect Aug. 1, 2019.

Update (July 17, 2019): A conglomeration of business groups has filed a lawsuit against San Antonio, claiming the ordinance violates the state’s minimum wage act. The litigation seems likely to delay the city’s paid sick leave bill from going into effect.

It sure looks like paid sick leave laws in two major Texas cities will go into effect Aug. 1.

Three of the most prominent cities in the Lone Star State — Dallas, San Antonio and Austin — have passed paid sick leave laws in recent months. But while the Austin measure is tied up in the courts, employers in Dallas and San Antonio should prepare for the new laws in those cities.

The paid sick leave laws in Dallas and San Antonio are similar:

The ordinances do not apply to companies that have more generous leave policies. Refer to the San Antonio and Dallas city websites for further details.

Beyond the court challenge to paid sick leave in Austin, the Texas Legislature this summer considered a bill that would have prevented cities from enacting their own paid sick leave laws. However, the session ended without the legislation being passed.

Despite the Texas two-step regarding paid sick leave, there has been a trend nationally toward implementing paid leave laws in their many forms.

Oregon even expanded protected leave for employees who miss work in connection with donating a body part. More broadly, Maine recently passed a unique paid leave law that allows workers to take time off for any reason, not simply for health-related issues.

These new laws, as well as proposed changes, highlight the need for HR professionals, compliance officers and payroll teams to keep an eye out for any new regulations that may impact employees.