Medical Marijuana, the ADA and Hiring/Firing 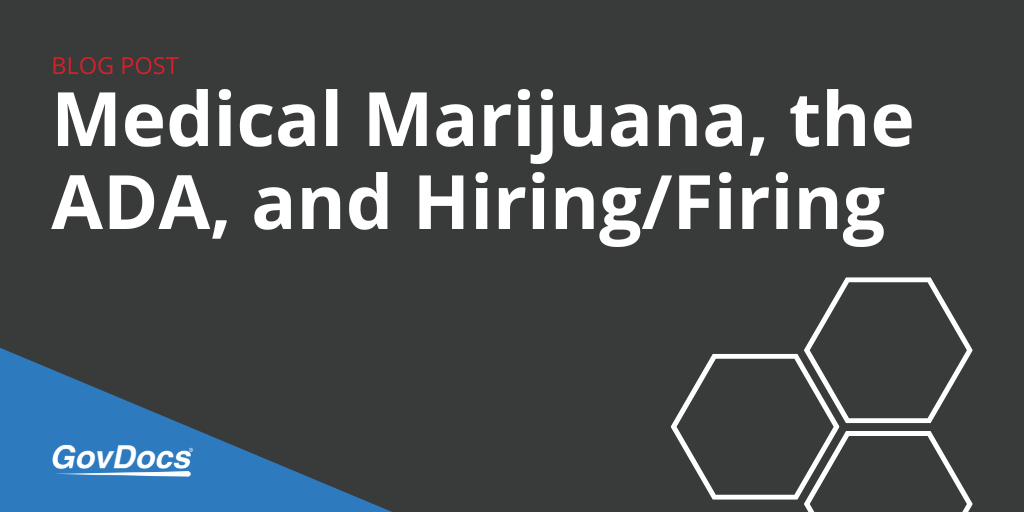 EEOC vs The Pines of Clarkston

Jamie Holden, a licensed practical nurse, applied for a position as nursing administrator with The Pines of Clarkston, an assisted living facility, in Michigan. Holden was offered the position contingent on the results of a routine drug screen.

The results of the drug screen revealed high levels of marijuana.

Holden met with her supervisors to explain that she uses medical marijuana for her epilepsy. After being questioned about her epilepsy, Holden was told that they did not believe she could perform the job. A few days later Holden was terminated for violating the company’s drug-free workplace policy.

Holden filed suit with the Equal Employment Opportunity Commission (EEOC) and maintained her termination was not related to her use of medical marijuana, but rather that she suffers from epilepsy – a violation of the Americans with Disabilities Act (ADA) and Michigan’s Persons with Disabilities Civil Rights Act (PWDCRA). The Pines maintained Holden was fired because she violated their zero tolerance drug policy by using medical marijuana.

The Pines of Clarkston agreed to a four-year consent decree that resolves the dispute without admitting guilt. The company also agreed to pay $42,500 and institute policies regarding discrimination and training on the ADA.

This case got sticky because the candidate revealed a medical condition covered by ADA protections.

With medical marijuana use expected to skyrocket, drug tests on their own may no longer be a reliable screening process and, in fact, may open a can of worms in terms of medical conditions. More court cases at the state and federal level eventually will shape employment drug-screening policies.

In the meantime, when failing to hire a candidate or terminating an employee with a medical condition – whether the employee uses medical marijuana or not – employers must never make decisions based on the protected medical condition.

What Is the Americans with Disabilities Act?

The ADA became law in 1990 and bans discrimination against individuals with disabilities in all areas of life – employment, transportation, public accommodation, communications, and governmental activities.