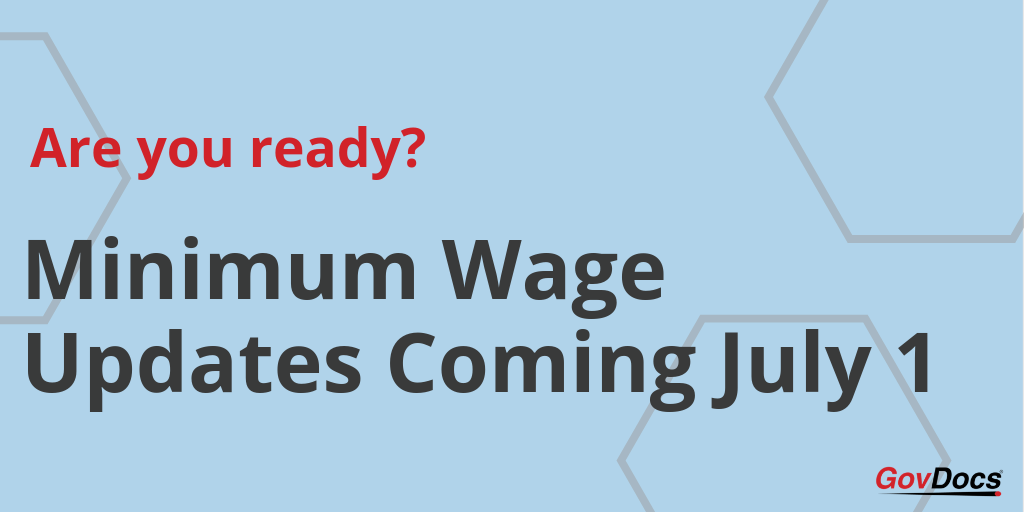 With less than a month before the changes take effect, it’s time for HR and compliance professionals to gear up for the increases.

As the push for a $15 minimum wage gains momentum at all levels of government, we will continue to see a growing number of jurisdictions whose rates increase annually. Democrats appear poised to make the Fight for $15 part of campaign platforms nationwide in 2020. And already this year four states have made plans to eventually increase their minimum wage rates to $15:

But the most numerous changes in minimum wage rates come July 1 is at the county level. As of this writing, nearly 40 counties will implement a mandatory increase. Meanwhile, more than a dozen cities will make planned bumps to minimum wage at that time. (Many state-level changes to minimum wage — 20 in all — occurred at the outset of the year.)

A few quick takeaways from the increases coming July 1, 2019:

Getting Ready for Minimum Wage Increases

For example, Colorado lawmakers in May passed a bill that will empower cities to craft their own minimum wage. (The governor has yet to sign the bill but has indicated his support for it.)

At GovDocs, our research team is poring over legislation across the country and Canada to stay on top of any minimum wage updates. The effort will be bolstered by Jana Bjorklund, an employment law attorney who recently came aboard as director, employment law and product senior counsel. Also, we plan to roll out a webinar on legislative updates — focusing on employment law, employee leave, minimum wage and more — in mid-July.

Ultimately, HR departments with locations in various cities, counties and states will want to check on any potential changes in minimum wage to maintain compliance.