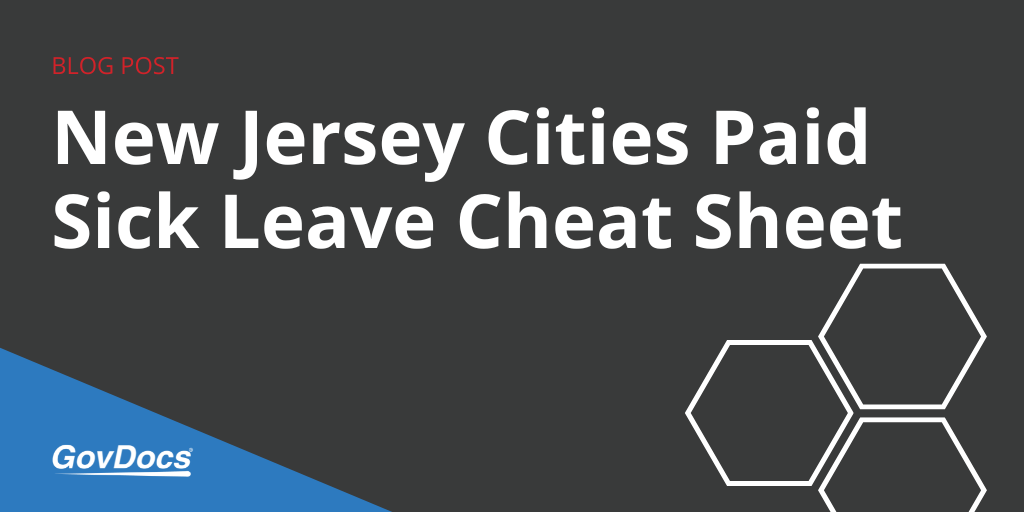 Nine Cities in New Jersey have passed Paid Sick Leave Ordinances. This “cheat sheet” provides the basics for all nine ordinances and links to required postings (where they are available).

GovDocs thought it was time to help you keep track of sick leave requirements for each of the nine cities. Most of the ordinances look very similar to one another having followed the same template, so we’ll highlight the differences below.

NOTE: This blog was published in 2015. New Jersey has since passed a paid sick leave law at the state level that pre-empted local ordinances.

For the most part, employers with employees who work more than 80 hours in a calendar year must provide their workers with paid sick leave – the exceptions being East Orange and Bloomfield who require all employers to provide workers sick leave.

Yes. Workers can accrue no more than:

What Happens to Unused Sick Time?

Workers can carry over up to 40 hours of unused paid sick time can be carried over to the next calendar year.