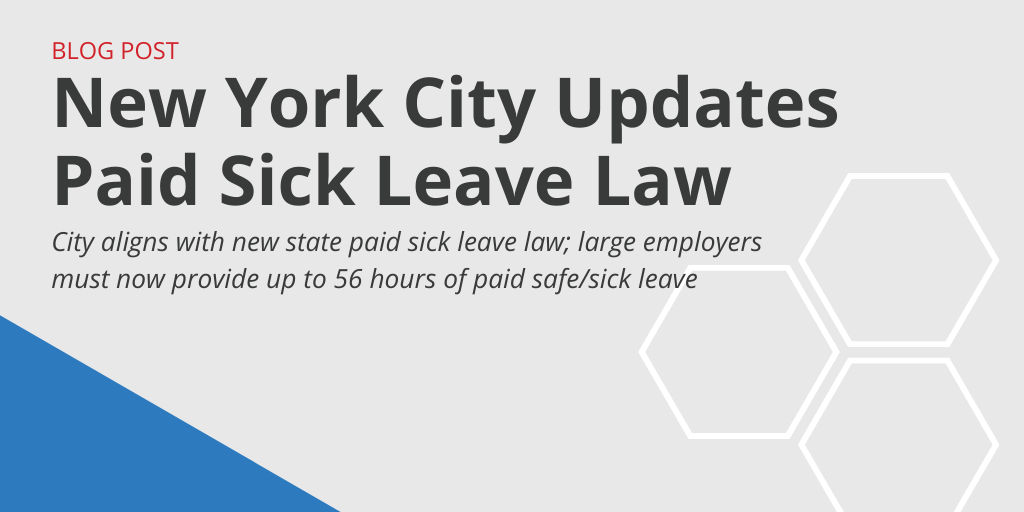 Employers with 100 or more workers must now provide up to 56 hours of paid safe/sick leave. The additional leave can’t be used until Jan. 1, 2021.

However, large employers with 100 or more workers must now provide up to 56 hours of paid safe/sick leave. The additional leave can’t be used until Jan. 1, 2021.

Also, employers must provide the amount of paid sick leave available to employees each pay period.

Employees who are charged for obtaining documentation when they use leave for three or more days in a row must be reimbursed by the employer.

Lastly, the city expanded the definition of adverse action. There are associated fines when an employer is found to have retaliated against employees who use paid sick leave or violates other portions of the ordinance.

This change from New York City illustrates the rapidly changing state of paid leave laws across the country.

Meanwhile, the COVID-19 pandemic has prompted lawmakers to reexamine existing paid leave laws and consider the need for additional legislation.

As legislators respond to the growing concern over paid leave from constituents, we will likely continue to see new and more generous paid leave laws enacted. The complexity of these laws also underscores the need for employers to study up and follow guidance and updates now and in the future.