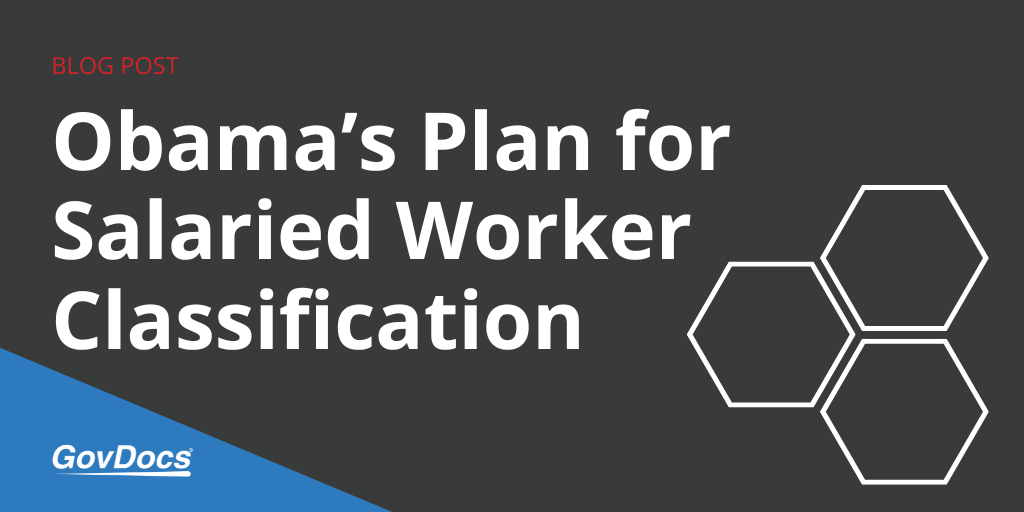 The Fair Labor Standards Act (FLSA) guarantees workers a minimum wage and overtime pay after 40 hours in a workweek – unless a worker is classified as one of the “white collar” executive, administrative, and professional (EAP) categories.

Currently, salaried workers who earn at least $23,660 annually are exempt from overtime pay requirements. The White House issued a proposed rule that would increase the exemption threshold so that only salaried workers earning at least $50,440 per year.

In a speech in La Crosse, Wis., the president said:

“They (employers) essentially label someone as management instead of a worker – even if they’re making, like, $25,000 – (and) work them a whole bunch of hours. That’s a way of getting around the minimum wage. It’s not fair.” President Obama, July 2, 2015

Not only did Obama make his stand in the state of Republican Governor and Presidential candidate Scott Walker, he also threw neighboring Minnesota’s funding of education and state minimum wage level in the face of Green Bay Packers fans.

But he also conceded that “nobody does brats like Wisconsin,” a reference to bratwurst, sausages comprised of chopped meat stuffed in tube-shaped intestinal casing.

Which Salaried Workers Are Affected by the Proposed Overtime Rule?

The U.S. Department of Labor (DOL) explained the two types of workers who primarily would be affected by the rule:

These workers who meet the salary threshold guidelines would become overtime eligible and must be paid the overtime premium for any overtime hours worked.

Although Obama estimated that 5 million U.S. workers would be overtime eligible, Politico pointed out that the actual number is closer to 1.2 million after considering the proposed salary threshold and type of salaried worker.

What’s Next for the Proposed Overtime Rule?

The proposed changes will be open for a 60-day comment period and could be enacted through Executive Order without Congressional approval. Based on Obama’s track record, that means the odds are good that the president will issue another Executive Order as soon as the dust from the public comment period settles. That could be as early as September 2015.

Will the Proposed Overtime Rule Affect the Federal FSLA Posting?

GovDocs Compliance Counsel, Anne Jakala, Esq., has reviewed the Department of Labor’s proposed rule to ensure there is no explicit mention of changes to the FLSA posting language.

“The FLSA posting is required for all workplaces in the U.S., so any changes would clearly have a huge impact on large employers. The GovDocs Compliance Research Department will continue to monitor the DOL, but at this time, we do not anticipate any changes to the posting.”