Tattoos in the Workplace Go to Court 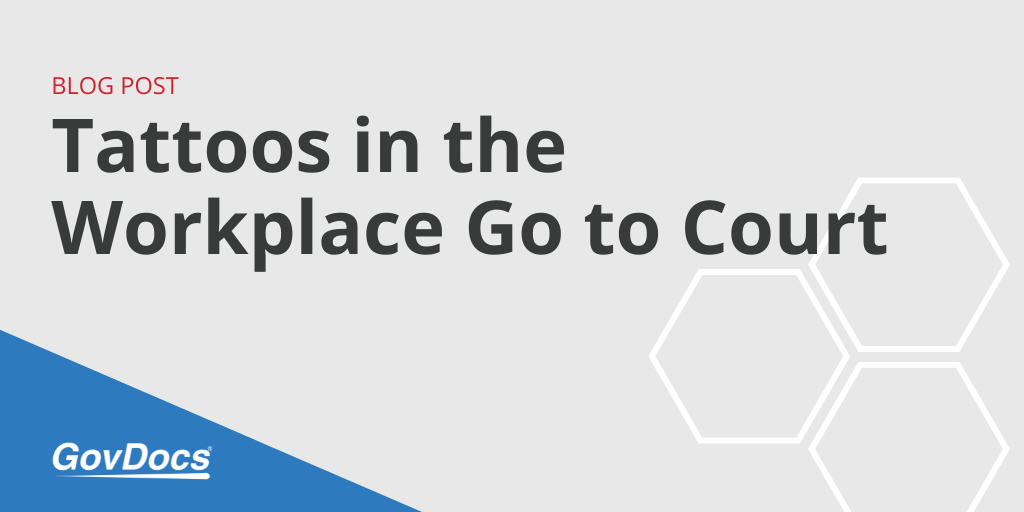 When tattoos in the workplace go to court…

A 2014 policy at a national coffee chain said visible tattoos were not allowed, but it was rarely and not consistently enforced.

Kayla, a tattooed barista from Rochester Hills, Mich., was employed with the company for several years. Then she was given an ultimatum: get rid of the tattoo or find a new job.

“What I was told by my manager and my district manager was that you have 30 days to begin a removal process for the tattoo or you must resign from your job,” she told reporters.

Kayla maintained that a tiny heart tattoo on her hand, between her thumb and forefinger, was never discussed during or after her interview. She didn’t even recall any policy being mentioned. Yet she was given 30 days to start the removal process or lose her job. The heart tattoo is the size of a penny and once Kayla was informed of the policy, she started using makeup to cover it up.

However, that didn’t seem to have had much of an effect on management. At the time, the company only said: “Our tattoo policy states that (employees) cannot have visible tattoos. This is part of our dress code policy and is discussed with our candidates during the interview process.”

In a similar situation a few years earlier, Benjamin Amos had tattoos when he was hired by the coffee chain.

According to Amos, no one mentioned them during the seven years he was employed and working his way up to shift manager. Amos knew about and followed the corporate dress policy and kept his tattoos covered while working.

In February 2008, his store manager told him that the regional and district managers didn’t like his tattoos and asked him to resign. Amos refused. A few days later he was fired.

Amos filed a discrimination lawsuit, citing violation of Title VII of the Civil Rights Act, claiming that female employees also have tattoos, but are still employed with the company.

Turning Over a New Leaf

In a turn of events, the company said it would review its corporate dress code policy – including its policy against visible tattoos. After a petition asking to put an end to the tattoo policy gathered around 23,000 signatures, the coffee chain sent an internal email to its employees stating that it was reviewing its dress code.

In the years since, the company has updated its dress code policy to allow visible tattoos, but not on the face or neck. Also, hateful or lewd tattoos are not allowed.

Many employers may want to consider the internal culture they want to foster. If they are looking to recruit talented employees, perhaps allowing a flash of tattoo would open up the candidate pool and make employees feel that they work at a pretty hip place.