The State of Diversity, Equity and Inclusion Laws Today 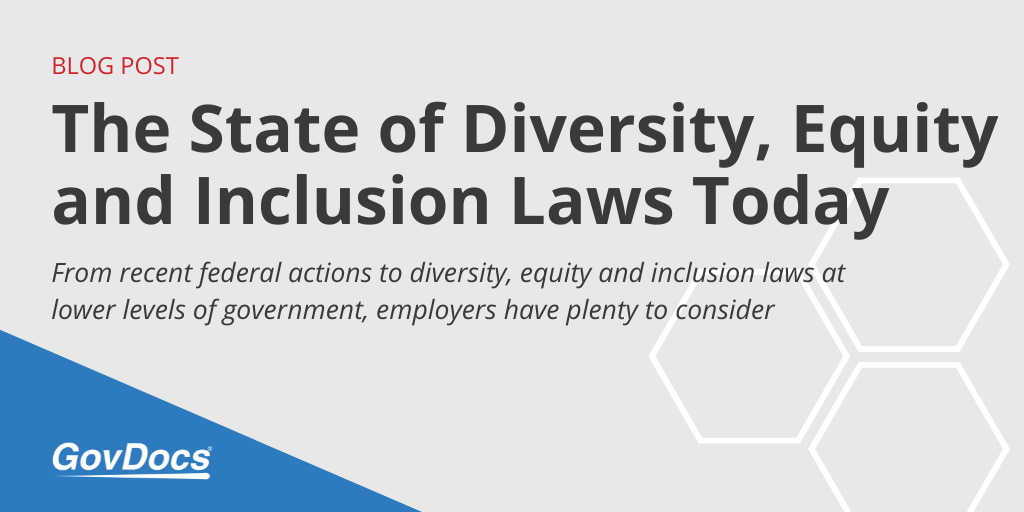 With laws related to diversity, equity and inclusion now cropping up at the federal level, employers may see additional compliance requirements.

Employment law legislation around diversity, equity and inclusion continues to gain steam across the U.S.

And that includes the federal government, which recently saw three new developments regarding these topics. President Biden has made it official policy of his administration to “cultivate a workforce that draws from the full diversity of the nation.”

Of note for employers, the EEOC will give people the option to select a nonbinary “X” gender marker during the voluntary self-identification questions that are part of the intake process for filing a charge of discrimination.

“The addition of a nonbinary gender marker to the EEOC’s charge intake process will be an important step to promote greater inclusion for members of the LGBTQI+ community,” EEOC Chair Charlotte A. Burrows said in a statement. “To advance our mission to prevent and remedy employment discrimin­ation, we must serve all workers, including those who do not identify as male or female. Our public-facing forms should make clear that we respect that diversity.”

Meanwhile, the U.S. House of Representatives in March 2022 passed a CROWN (Creating a Respectful and Open World for Natural Hair) Act bill. These laws, which have been enacted at lower levels of government, prohibit employment discrimination based on hairstyles typically associated with Black people, including:

However, it may have a harder time finding footing in the U.S. Senate.

In terms of changes that are already in effect, there’s the Ending Forced Arbitration of Sexual Assault and Sexual Harassment Act. The measure amended federal law to bar forced arbitration agreements regarding claims of sexual assault or sexual harassment in the workplace.

It also bans waivers of the right to bring these types of claims forward and allows employees who allege sexual assault or harassment to have the dispute decided by a court, even if they previously signed a forced arbitration agreement.

Taken together, these actions are indicative of a larger push for new or updated employment laws related to diversity, equity and inclusion. 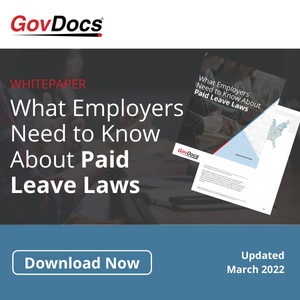 While federal action has been slower to develop, many state and local jurisdictions have tackled these issues of late.

But there has been pushback. In California, a judge on April 1, 2022, struck down a law that required employers to have a member of their board of directors from an “underrepresented community” by the end of 2022.

Despite that situation, many lawmakers have been active with legislation promoting diversity, equity and inclusion in the workplace.

With the exception of Mississippi, every state now has a pay equity law on the books, which prohibit employers from discriminating against workers based on:

Meanwhile, the #MeToo movement has also had a hand in new diversity, equity and inclusion laws, including harassment-prevention training, expanded protections under equal pay laws, salary history bans and more.

But in addition to these laws, many large employers are taking it upon themselves to make workplaces more inclusive.

How Employers Are Handling Diversity, Equity and Inclusion

In July 2021, GovDocs brought more than a dozen HR and compliance professionals together for a wide-ranging discussion on diversity, equity and inclusion. The Compliance and Coffee virtual roundtable offered participants — representing some of the largest employers in the country — a chance to talk specifically about their company’s efforts.

One employer holds quarterly calls, webinars and guest speakers and has a a vice president of diversity equity and inclusion. 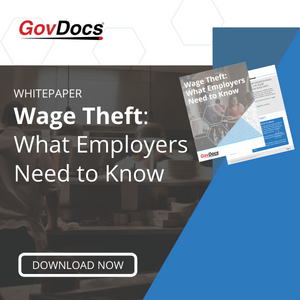 Another participant said her company has an entire department dedicated to diversity and inclusion, which includes VPs, managers and analysts. The business has also revised company policies to remove gender-specific pronouns — more than 500 policy and form revisions were made to make the pronouns nonbinary.

However, those types of changes can create issues elsewhere, notably with government forms. New York has a law that allows for nonbinary indicators on driver’s licenses, which makes I-9 verification more difficult. And the same is true for EEO-1 reporting, and insurance and medical information.

Still, the push for diversity, equity and inclusion takes many forms. Companies have different philosophies in getting the word out to employees.

One company last year started a Diversity, Equity, Inclusion and Access (DEIA) initiative, looking to establish training programs and make changes to company policy and recruiting efforts. A few months later, the business has seen an uptick in conversations regarding race, politics, social issues, etc. They’re trying to create an atmosphere where employees can discuss these issues in an open and safe environment.

With laws related to diversity, equity and inclusion now cropping up at the federal level, employers may see additional compliance requirements.

And companies operating in locations across the U.S. should review local laws, ensure they align with company policies and procedures, and act accordingly.