What Would Supreme Court Decision Mean for LGBT Employment Protections? 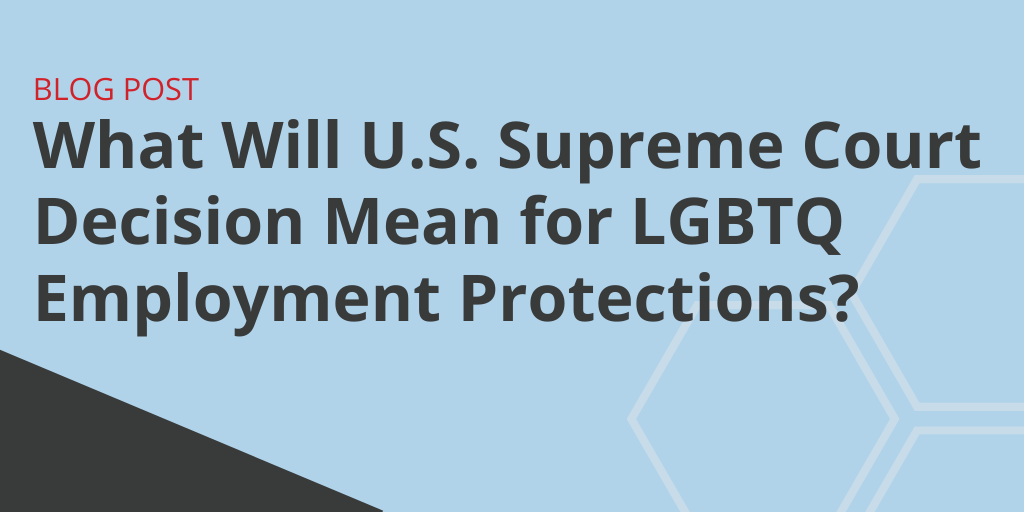 Ultimately, the Supreme Court’s decision will decide the future of LGBTQ protections in the workplace. And the outcome will have implications for employers.

Is discrimination based on gender identity or sexual orientation protected under Title VII of the Civil Rights Act? The U.S. Supreme Court will soon let us know.

Ultimately, the Supreme Court’s decision will decide the future of LGBTQ protections in the workplace. And the outcome — one way or the other — will have implications for employers. Lower courts were divided on the three cases, which have similar components.

In Bostock v. Clayton County, an employee claimed he was fired because he is gay. While Title VII protects employees from adverse actions based on “sex,” it does not explicitly do so based on sexual orientation.

The man worked as a volunteer coordinator and was allegedly fired for financial mismanagement. He claimed it was only after it was discovered that he played in a gay softball league, adding that he was the subject of homophobic slurs.

A circuit court decision sided with the county.

The second case relates to a skydiving instructor who was let go after a woman claimed he groped her during a tandem jump.

The man said he often told female clients he was gay; and filed a discrimination charge claiming he was fired because of his sexual orientation.

Here, however, a court of appeals (on a second hearing of the matter) found that discrimination based sexual orientation is unlawful.

Lastly, in Harris Funeral Homes v. EEOC, is similar to the other two cases but involves a transgender individual.

A worker told the employer that she was transgender and claims she was subsequently fired because of it. The company, meanwhile, had a sex-specific dress code says and the worker refused to abide by it.

In recent years, there has been a rise of employment laws related to discrimination, from natural hair typically associated with African American culture to expanded definitions of “employee.”

Meanwhile, companies should keep an eye on their news feeds as the Supreme Court weighs in.

The outcome could force employers to revisit policies and institute new training procedures. At the very least, employers should prepare to ensure supervisors and HR teams are informed of any potential changes.