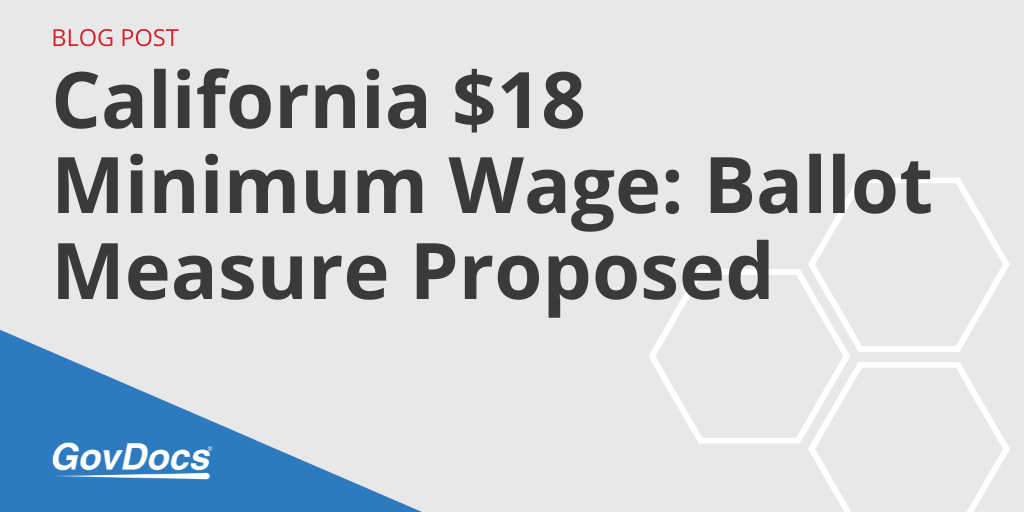 A California $18 minimum wage rate petition for the 2022 ballot has been put forward.

A ballot initiative has been submitted that would — if it gets there and is approved by voters — increase minimum wage in California to $18 by 2025. (For employers with 25 or fewer workers, minimum wage would reach $18 in 2026.)

Dubbed the Living Wage Act of 2022, the proposal would see annual $1 increases for both large and small employers in California.

Still in its early phases, the proposal is not yet set for the 2022 ballot.

Minimum wage in California, at the state and local levels, is already among the highest in the U.S.

Meanwhile, many cities and counties in California have their own rates. And many of those have surpassed the $15 figure. Emeryville, Calif., for example, has a $17.13 minimum wage as of July 1, 2021, the highest in the nation.

The progressive climate in the state could lead voters to approve a California $18 minimum wage, if it eventually reaches the ballot box.

But there are hurdles to overcome.

As might be expected, creating a statewide ballot initiative in California is complex. The state has a 52-page guide about the process.

The petitioner for the ballot measure is a progressive entrepreneur, who says the Fight for $15 movement should really be the Fight for $25. While it is early in the year, it remains to be seen whether the idea of an $18 California minimum wage will reach voters.

California’s attorney general has the petition listed. At this point, it has been certified for circulation. Here is the related secretary of state page. And a full timeline.

Elsewhere, ballot measures regarding minimum wage continue to crop up across the nation. As noted in a previous Employment Law News blog on the Pennsylvania governor’s push for a $15 minimum wage, there are ballot initiatives set for 2022 already:

If the California $18 minimum wage initiative is eventually placed on the ballot, it would be fascinating to see how voters approach it.

The petitioner asserts that federal minimum wage would be more than $24 today if it had increased at the rate of productivity since 1960. And that sentiment could resonate with voters, especially since many of the major economic hubs in California already have a high minimum wage rate.

As with many aspects of minimum wage rate management, employers will have to continue to monitor local laws, proposed legislation and ballot measures moving forward.

California COVID-19 Paid Leave Back in Effect
Scroll to top