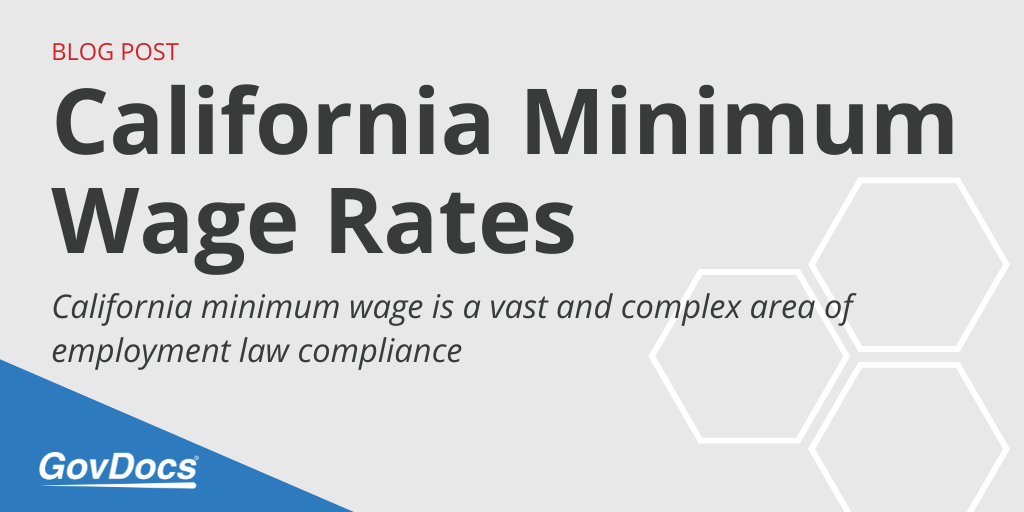 Employers that operate in the state must monitor the ever-changing California minimum wage rates, especially at the local level, which will only grow more challenging as rates move from regular schedules to indexing.

California minimum wage is among the most complex in the U.S.

In 2022, California became the first state to reach a $15 standard minimum wage (for large employers) and its cities continue to pass new wage laws. And it hits $15.50 for all employers in 2023.

Meanwhile, many of those cities have moved to indexed rates, meaning they increase based on the applicable Consumer Price Index (CPI) instead of a set schedule.

Also, employers should note that some jurisdictions’ minimum wage increases changed their schedule in 2022 — yet another reminder of the challenges of tracking and applying rates in California.

Lastly, before getting into the rates for minimum wage in California, at all levels of government, it should be noted that the state does not allow employers to take tip credits, so there are no separate rates for employees who regularly receive tips. And some cities have separate rates for hotel workers.

At the beginning of 2022, California became the first state with a $15 minimum wage.

The dozens of cities in California with their own minimum wage rates update at two times of the year:

Below is a rundown of the rates. (Look for an update of this post before the Jan. 1, 2023, minimum wage increases for California cities.) Of course, new employment laws in California are passed all the time, and employers should monitor their locations for potential new minimum wage rates.

The federal standard minimum wage of $7.25 has not increased in more than a decade. It’s the longest stretch in the nation’s history without a minimum wage bump.

This situation has prompted smaller jurisdictions to pass a flurry of new minimum wage laws over the past few years. And in progressive states like California, minimum wage has become a hot employment law topic.

Employers that operate in California must monitor the ever-changing rates in the state, especially at the local level, which will only grow more challenging as rates move from regular schedules to indexing.