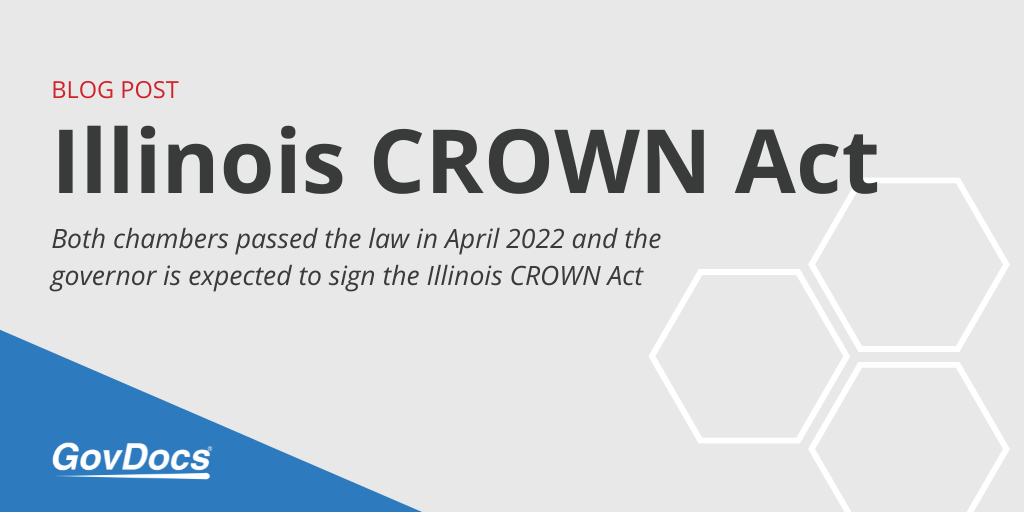 Several other states have passed CROWN (Create a Respectful and Open Workplace for Natural Hair) laws, which prohibit employers from discriminating on the basis of hairstyles — typically those associated with African Americans.

An Illinois CROWN Act is on the horizon as lawmakers in both chambers have passed the legislation, which the governor is expected to sign.

Several other states have passed CROWN (Create a Respectful and Open Workplace for Natural Hair) laws, which prohibit employers from discriminating on the basis of hairstyles — typically those associated with African Americans.

The law in Illinois passed both chambers in April 2022.

In Illinois, the law would amend the state’s human rights act.

Notably, it provides that “race” under the Illinois Human Rights Act “includes traits associated with race, including, but not limited to, hair texture and protective hairstyles such as braids, locks, and twists.”

The impact of that change also means the definition extends to other areas covered by the Illinois Human Rights Act, including housing, public accommodation and real estate transactions.

More than a dozen other states have passed CROWN bills, amending laws to create protective hairstyles. In Delaware, which passed its CROWN law in 2021, a study was cited in a synopsis:

Meanwhile, the U.S. House of Representatives in March 2022 passed a CROWN Act bill, which would prohibit employment discrimination based on hairstyles:

The legislation is now pending in the U.S. Senate.

Some of the larger discussion about hair discrimination laws stems from “Hair Love,” a 2019 animated short that won the Academy Award in that category. When producers accepted the Oscar, they noted the need for CROWN legislation across the country.

In light of the wave of CROWN laws being passed across the U.S., employers should review their internal policies and handbooks to ensure they are aligned with these laws.

Companies should review standards and policies about dress codes and appearances, as well as educating managers about potential bias in hiring and other workplace matters.