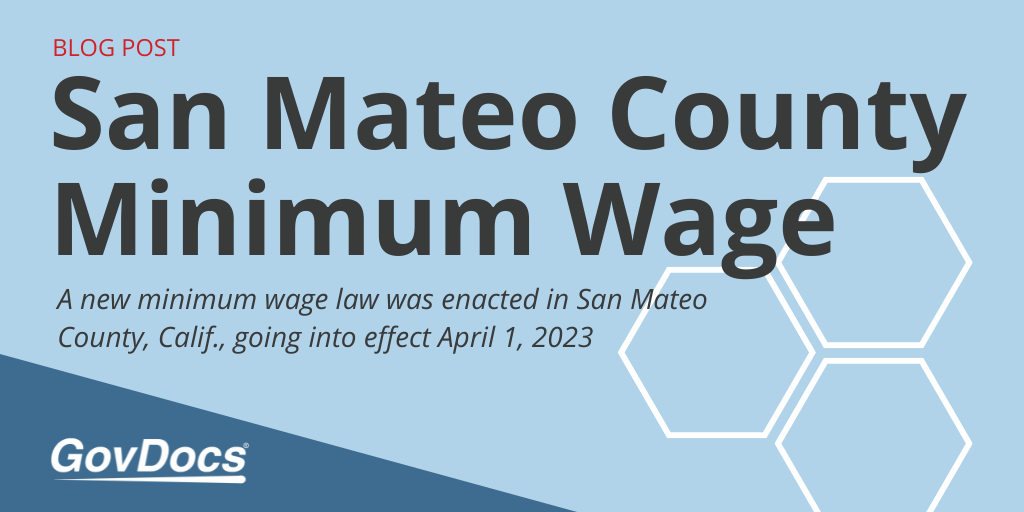 Because this latest law only applies to the unincorporated areas — and so many of the cities have their own rates — employers with locations in San Mateo County should take extra caution with minimum wage moving forward.

There’s yet another one in California. This time it’s San Mateo County minimum wage.

The San Mateo County Board of Supervisors recently passed an ordinance to increase minimum wage for the unincorporated areas of the county to $16.50, effective April 1, 2023.

It’s the latest in a long line of new minimum wage laws in California, where dozens of jurisdictions have their own rates.

After the initial April 1, 2023, minimum wage rate is established in San Mateo County, officials will adjust the rate starting Jan. 1 each year based on the lesser of:

The rate cannot be decreased from $16.50, however.

Also, employers must provide a notice of the San Mateo County minimum wage rate to new employees and display the applicable labor law poster. (There are other provisions under the ordinance, as well.)

Meanwhile, several cities within San Mateo County have their own minimum wage rates, including the city of San Mateo, and others:

This patchwork of rates in San Mateo County further illustrates the complexities of managing minimum wage for employers that operate in California. But it’s not just there.

With the federal minimum wage rate unchanged since 2009, dozens of jurisdictions across the U.S. have passed their own laws. Plus, minimum wage laws have increasingly been put before voters in recent years.

And indexing — as will be the case Jan. 1, 2024, in San Mateo County — is also happening more often as jurisdictions move away from scheduled increases.

All this adds up to major challenges for employers that have hundreds or thousands of locations across the U.S.

Because this latest law only applies to the unincorporated areas — and so many of the cities have their own rates — employers with locations in San Mateo County should take extra caution with minimum wage moving forward.