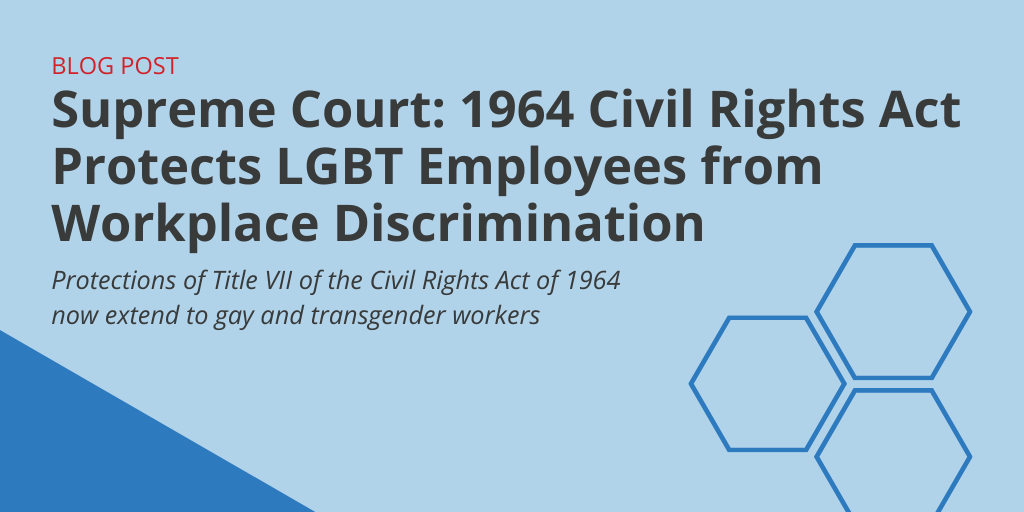 Protections of Title VII of the Civil Rights Act of 1964 now extend to LGBT workers following the U.S. Supreme Court decision of June 15, 2020. 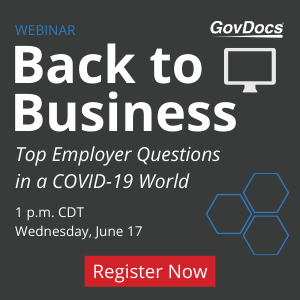 Title VII of the Civil Rights Act already banned employment discrimination based on:

Now, the Supreme Court ruled that when it comes to “sex,” employment protections apply to LGBT individuals, as well.

“An employer who fires an individual for being homosexual or transgender fires that person for traits or actions it would not have questioned in members of a different sex. Sex plays a necessary and undisguisable role in the decision, exactly what Title VII forbids,” conservative Justice Neil Gorsuch wrote in the majority opinion.

Fewer than half of U.S. states have laws expressly forbidding discrimination in the workplace based on sexual orientation or gender identity. About 4.5 percent of the population in the U.S. identifies as LGBT, according to a 2018 poll.

Also of note: The high court made its ruling during Pride Month, an annual celebration of the LGBT community that also commemorates the Stonewall Riots, which took place in June 1969.

Discrimination Based on Sexual Orientation

The Supreme Court in October 2019 agreed to tackle the issue of whether Title VII of the Civil Rights Act of 1964 covered gay and transgender employees.

While federal courts have generally interpreted the law to exclude sexual orientation from employment discrimination, Monday’s ruling means it is now included.

Below is a rundown of three of the cases the Supreme Court considered in making its ruling.

An employee claimed he was fired because he was gay in Bostock v. Clayton County. The company claimed the man, who worked as a volunteer coordinator, was fired for financial mismanagement.

However, he alleged he was terminated only after it was discovered that he played in a gay softball league. He also claimed he was the subject of homophobic slurs.

An earlier circuit court decision sided with the county.

Another case was about a skydiving instructor who was fired after a woman claimed he groped her during a tandem jump.

In an effort to ease concerns from female clients during tandem jumps, the man said he often told female clients he was gay. He filed a discrimination charge claiming he was let go because of his sexual orientation.

In this instance, a court of appeals found that discrimination based sexual orientation was unlawful.

In Harris Funeral Homes v. EEOC, a worker told the employer that she was transgender and claims she was subsequently fired because of it.

The company had a sex-specific dress code and said the worker refused to abide by it, resulting in the termination.

The same federal laws that have protected others since 1964 now apply to gay and transgender employees.

Penalties for such discrimination can reach $300,000, depending on the size of the employer.

The Supreme Court ruling further enforces that employers should take precautions to prevent sexual discrimination in the workplace.