What Did Democrats Say About Minimum Wage at the Debates? 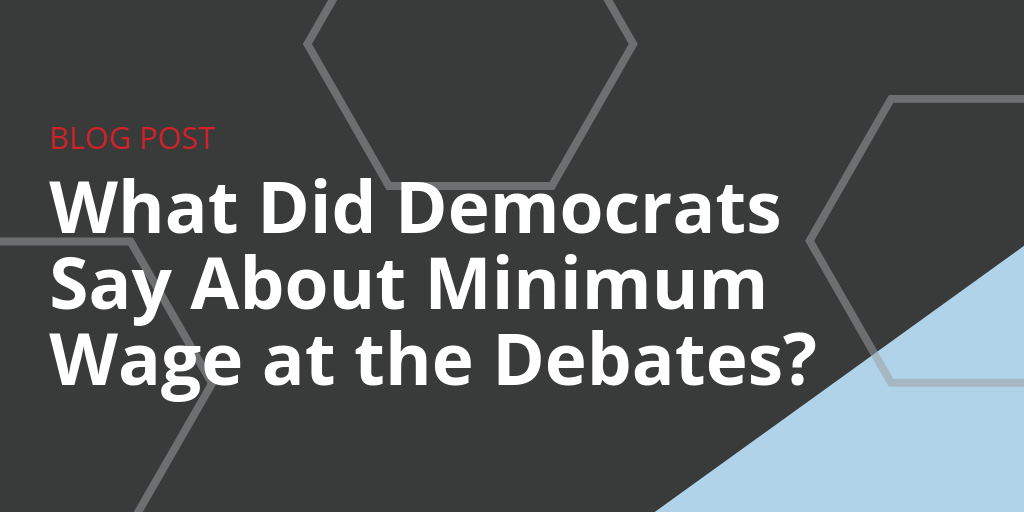 The “Fight for $15” has been a consistent refrain for many of the candidates. This summer marked the longest stretch between federal minimum wage increases in the nation’s history.

Not long after the U.S. House passed a bill that would raise the federal minimum wage to $15, Democratic presidential candidates touched on the matter during last week’s debates.

The “Fight for $15” has been a consistent refrain for many of the candidates. This summer marked the longest stretch between federal minimum wage increases in the nation’s history.

While the House minimum wage bill is unlikely to make it out of the GOP-controlled Senate, the topic continues to be prevalent among presidential hopefuls.

“The American people want to have a minimum wage, which is a living wage, 15 bucks an hour,” said Sen. Bernie Sanders, one of the front-runners for the Democratic nomination. “I’ve helped lead that effort.”

“Yes, it can be done,” he said during night two of the debates.

However, much of the wage discussion following the debates centered around tech entrepreneur Andrew Yang, whose primary platform is giving every American older than 18 a monthly stipend of $1,000.

“We need to be laser-focused on solving the real challenges of today, like the fact that the most common jobs in America may not exist in a decade, or that most Americans cannot pay their bills,” he said. “My flagship proposal, the Freedom Dividend, would put $1,000 a month into the hands of every American adult. It would be a game-changer for millions of American families.”

Minimum Wage Rates Across the Country

As debate about raising the minimum wage continues at the federal level, cities, counties and states have taken it upon themselves to make changes. On July 1 this year, more than 50 cities and counties saw minimum wage bumps.

Additionally, four states this year have passed bills that will eventually raise their minimum wage rates to $15 an hour:

Meanwhile, Nevada recently made plans to increase its minimum wage rate to $12 ($11 for employees who are offered health benefits).

From wage theft becoming a felony in some states to the increases in paid leave regulations, across the country more and more jurisdictions are setting additional rules for employers.

Expect the Fight for $15 and a push for increasing the federal minimum wage to continue to permeate the Democratic presidential nomination process.

Colorado Court: ‘Use It Or Lose It’ Policy Lawful for Vacation Time
Scroll to top