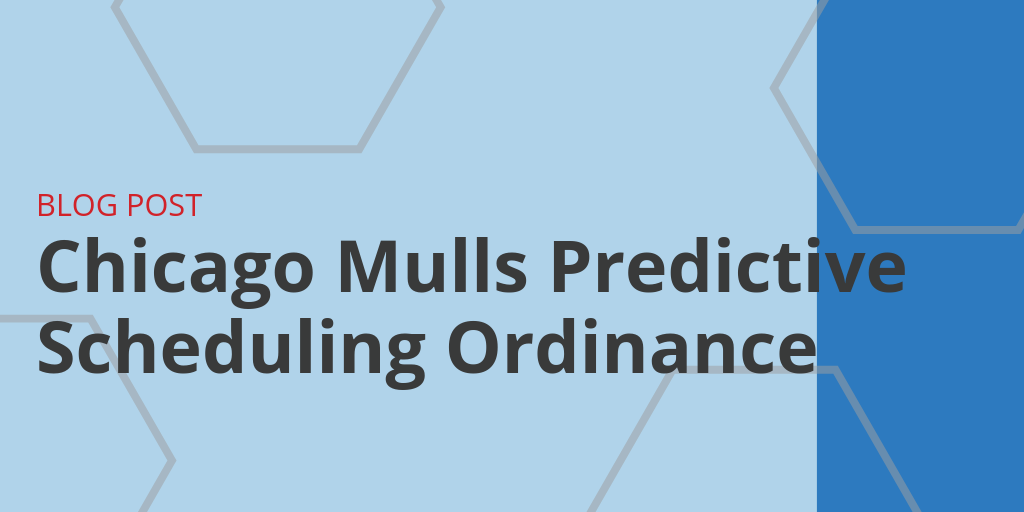 The idea behind predictive scheduling is to give hourly employees more work-life flexibility.

Though a similar measure was defeated last year, new Chicago Mayor Lori Lightfoot in late May reintroduced the proposal with some changes, according to the National Law Review. If enacted, the ordinance would go into effect July 1, 2020.

As proposed, the Chicago Fair Workweek Ordinance would:

Also, should Chicago move forward with the measure, employers would have to give workers 14 days advance notice of their schedules starting in 2022.

Lightfoot “believes that Chicago needs a Fair Work Week that will guarantee stable schedules to hundreds of thousands of our workers,” a spokeswoman told the Chicago Tribune. “Too many Chicagoans are either saddled with workweeks that never end, or are working too few hours to make ends meet.”

The idea behind predictive scheduling is to give hourly employees more work-life flexibility.

Essentially, predictive scheduling requires employers to provide employees with their work schedules ahead of time. Such laws may also eliminate on-call scheduling — when employers make workers call in shortly before their work shift starts to see if they need to report to work that day.

While they are all a bit different, they basically follow a similar set of rules:

Oregon is the first state to pass this type of legislation.

For more information on predictive scheduling, check out our blogs on:

Predictive scheduling could be a discussion topic at the Chain Restaurant Total Reward Association’s Annual Conference.

Currently underway in Minneapolis, the CRTRA event brings together experts in the field for compliance updates, benefits best practices legislative updates and more.

GovDocs will have representatives in attendance. Visit them at Booth 3.