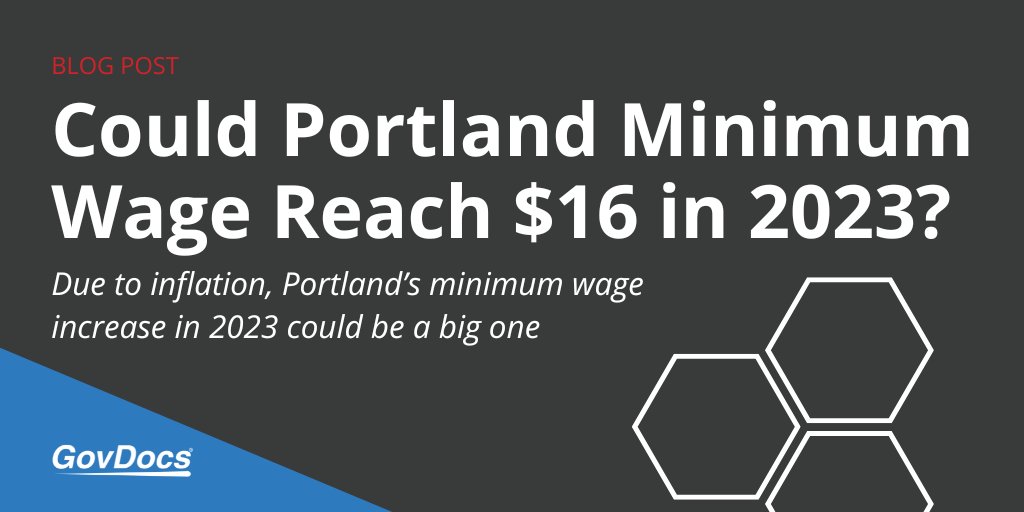 As a reminder, minimum wage in Oregon is tied to population density, with three different rates spread across the state’s counties. The Portland metro area has the highest rate, reaching $14.75 on July 1, 2022.

Portland minimum wage could reach $16 an hour in 2023 due to projected inflation numbers.

Effective July 1, 2023, the counties in Oregon will move to indexed rates, rather than the scheduled minimum wage increases that have been in effect over the past several years.

If inflation continues at its current pace, the Portland urban growth boundary minimum wage could hit $16 in July 2023. (Minimum wage next year will be based on the inflation rate from March 2022 through March 2023.)

As a reminder, minimum wage in Oregon is tied to population density, with three different rates spread across the state’s counties.

Also, employers are not allowed to take a tip credit.

While lawmakers and the Federal Reserve have been trying to curb inflation, its impacts are being felt on the minimum wage front.

Similar to Portland, officials in California in May 2022 announced that minimum wage could reach $15.50 an hour for all workers on Jan. 1, 2023, due to projected inflation numbers.

With three different rates spread across the counties, Oregon minimum wage is already among the most difficult to manage in the U.S. The added wrinkle of indexed rates coming in July 2023 will make tracking minimum wage in Portland — and the rest of the state — all the more challenging.

The federal minimum wage hasn’t seen an increase since 2009. In response, the number of states, counties and cities with their own minimum wage laws continues to grow.

On July 1, 2022, alone, more than 50 jurisdictions across the U.S. have new minimum wage rates, with Portland being no exception.

Meanwhile, indexing has become more common as jurisdictions move away from scheduled minimum wage increases. These figures can be released only a few months in advance of the effective date, making minimum wage tracking a tough job for HR and compliance teams.

For example, in the case of Chicago and Cook County, Ill., indexed rates only have to be announced within a month of the effective date. An in California, only two of the dozens of minimum wage rates set to increase Jan. 1, 2023, have been announced at this point.

Looking ahead, minimum wage management will only grow in complexity.

The July 1, 2022, minimum wage increases in Portland and the rest of Oregon will be the last that employers can know well in advance of the effective date.

Employers with locations in Portland may want to prepare now for a higher-than-expected minimum wage rate in 2023.