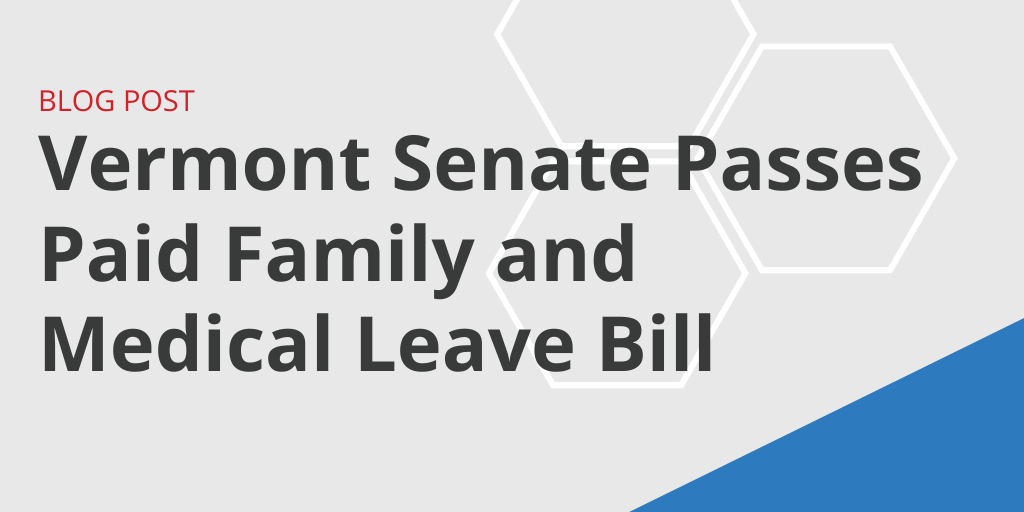 The Vermont Senate has moved forward with a paid family and medical leave bill, continuing a hotly debated measure from the previous legislative session.

Under the proposal, workers would receive:

The Vermont paid family and medical leave bill would be funded through 0.2 percent payroll tax on most workers in the state. Employers could opt out if they provide a more generous plan.

“The real heart of support for our elderly population is family. Family steps up and we don’t do enough to support the families that are caregiving. This is one small step we can do for them to allow them to take off work and get paid,” Sen. Michael Sirotkin, a Democrat, told a local CBS affiliate.

Vermont Gov. Phil Scott, however, has generally opposed paid family and medical leave proposals that would increase payroll taxes. He vetoed similar legislation in 2018. Yet the support from the Vermont Senate means lawmakers may have the votes to override a veto.

If enacted, the bill would go into effect Jan. 1.

Following pushes for minimum wage increases and laws related to the #MeToo Movement, paid leave has risen to the forefront in the world of employment law.

With no federal law in place, many cities and counties have enacted paid sick leave laws, along with 11 states and Washington, D.C. Already in 2020, more than 200 bills related to paid leave in some form had been introduced. Managing paid leave has become a primary concern for HR pros across the U.S.

Lastly, Maine, Nevada and Bernalillo County, N.M., have passed paid leave laws that allow employees to take time off for any reason.