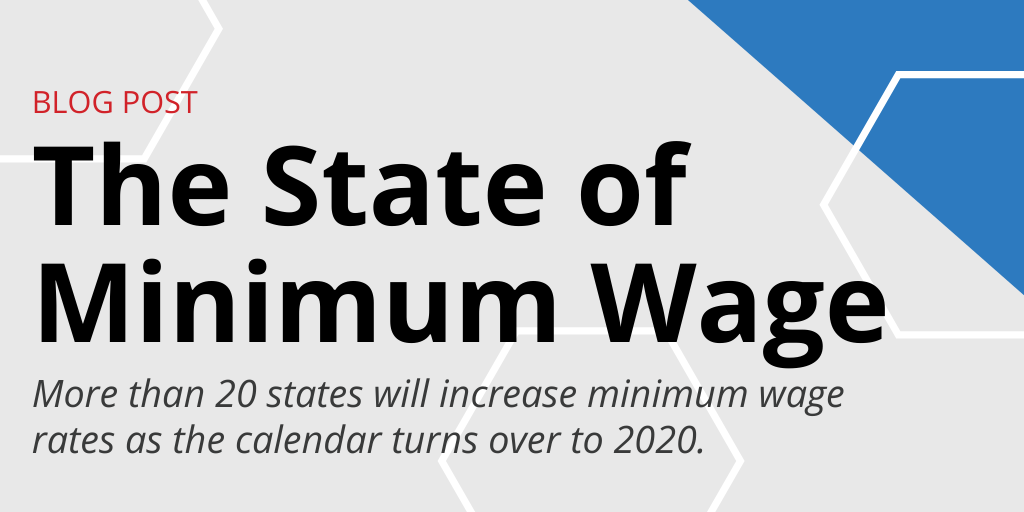 With the federal rate unchanged since 2009, states have taken it upon themselves to increase minimum wage. More than 20 states will see updated rates as the calendar turns to 2020.

What are the early 2020 state minimum wage updates?

With the federal rate unchanged since 2009, many states have taken it upon themselves to increase minimum wage. More than 20 states will see updated rates as the calendar turns to 2020.

The following state changes will go into effect either Dec. 31 or Jan. 1, 2020. (Note: This information does not take into account city and county minimum wage rates, which may take precedence depending on the jurisdiction.)

In Alaska, state law requires a minimum wage adjustment each year based on the Consumer Price Index (CPI). State officials have announced the new rate for next year:

There is no separate rate for employees who receive tips in Alaska.

Following the results of a 2016 ballot initiative, Proposition 206, Arizona’s next increase is scheduled. Next year, the new rates will be:

California is somewhat unique in that it has different rates for small and large employers. Small is defined as having 25 employees or fewer; large means 26 or more.

One of the most progressive states in the nation, California will have a $15 minimum wage in 2022.

California does not have a different rate for tipped employees.

Another progressive state when it comes to employment law, Colorado will institute one of the largest year-over-year increases for tipped employees (90 cents). Come 2020, the new rates will be:

(Also of note for employers: Colorado recently gave cities the power to set their own rates.)

Effective Jan. 1, 2019, Florida tied its minimum wage to an annual indexed rate. Starting in 2020, the new rates will be:

The tipped minimum wage for next year will be $5.55.

Maine has a planned increase for its minimum wage:

Maryland is another state planning no increase for tipped employees in 2020. Minimum wage for other workers will increase by 90 cents to $11 an hour.

Note that starting in January 2021 the state will have different rates for large and small employers. (Large being 15 or more workers and small defined as 14 or fewer.) 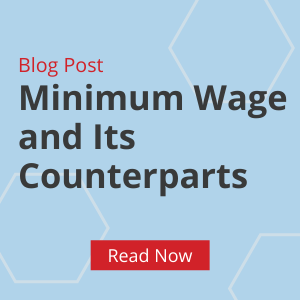 Michigan will increase its minimum wage for both tipped and non-tipped workers, but only slightly. The 2020 rates will be:

Minnesota is another state with different rates for large and small employers.

Last year, Missouri voters passed Proposition B: $12 Minimum Wage Initiative. While the rate won’t hit $12 until 2023, annual increases of 85 cents are in place.

In 2020, meanwhile, the rates will increase to:

After 2023, the rate will be increased according to the CPI.

Montana minimum wage workers will see a small increase next year, with the rate going to $8.65.

The rate is tied to changes in the CPI for Urban Consumers. However, Montana does not allow tip credits, meaning employees who receive tips must still be paid the regular minimum wage rate.

In New Jersey, the state earlier this year enacted minimum wage legislation, which resulted in increases in July.

Moving forward, the rate will increase based on the CPI or at least $1, whichever is greater. (The rate will hit $15 for most employers in 2024.)

Also note that rates differ depending on employer type. In 2020, the minimum wage will be:

The rate for tipped employees will move to $3.13.

New Mexico was another state that passed a new minimum wage law in 2019. The initial increase is a big one, too, up $1.50 from the current rate.

However, the state does have layers of complexity when it comes to tipped wages. New York State law allows for wage orders that will create various industry-specific changes. 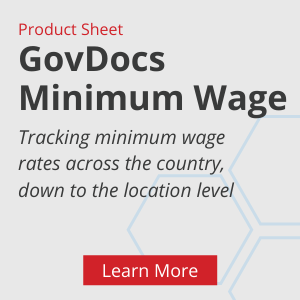 Like Minnesota, minimum wage in Ohio is tied to a company’s gross receipts, with $319,000 as the threshold defining a “large” employer.

In South Dakota, the minimum wage is adjusted annually via the CPI (though the rate can’t be decreased). In 2020, the new rates will be:

There is no separate rate for employees who receive tips.