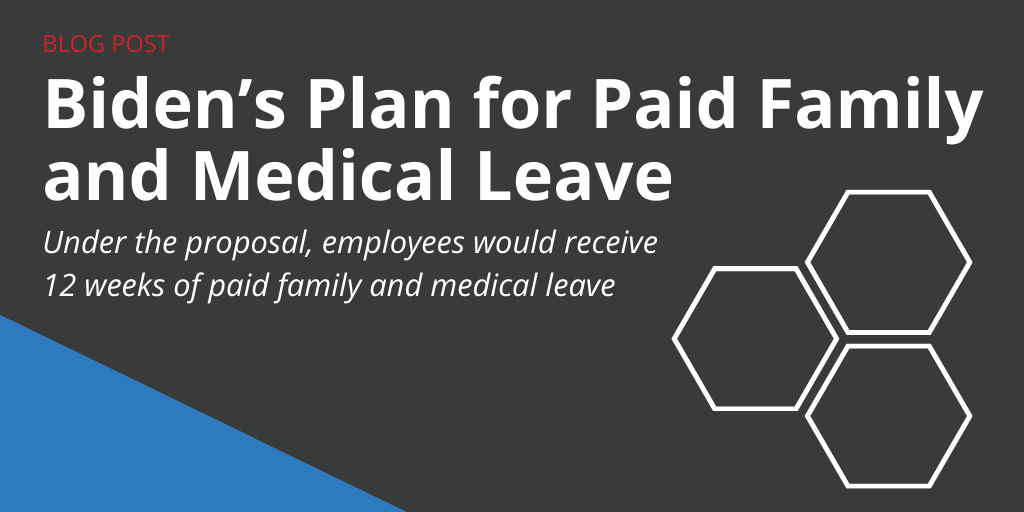 While many employers have been keeping an eye the potential for federal action on minimum wage, expanded paid leave laws are also worth monitoring.

Late last month, the new administration unveiled its American Families Plan, in which President Biden lays out his plan for federal paid family and medical leave.

Under the proposal, employees would receive 12 weeks of paid family and medical leave.

While many employers have been keeping an eye the potential for federal action on minimum wage, expanded paid leave laws are also worth monitoring.

The plan calls for employees to receive partial wages while taking leave.

Covered reasons for use mirror many of the existing paid family and medical leave laws in the nation:

However, according to the White House, the 12 weeks of paid family and medical leave would be phased in and guaranteed “by year 10 of the program,” while ensuring employees get three days of bereavement leave each year starting the first year of the program.

It would give employees up to $4,000 per month, with a minimum of two-thirds of average weekly wages replaced, going up to 80 percent for the lowest wage employees.

The Biden administration anticipates the program will cost $225 billion over a decade, funded through higher taxes on top earners.

Meanwhile, Biden also urged Congress to pass the Healthy Families Act. Under the proposal, employers with 15 or more workers would be required to allow workers to accrue seven days paid sick leave per year.

Paid Family and Medical Leave in the U.S.

Eight states and Washington, D.C., have passed paid family and medical leave laws. The states are:

Items for employers to note regarding paid family and medical leave include:

It remains to be seen how the bill will be crafted and the process through which it is introduced (in a budget bill or through a standalone measure). Depending on the mechanism, passage could require a simple majority or 60 votes in the Senate, which could prove challenging for Biden and fellow Democrats.

Still, it is clear the new administration has placed an emphasis on new employment laws. And with paid parental leave now available for federal employees, it may be a matter of time before a federal paid leave program, in some form, is in place.