Minimum Wage on the Ballot 2022 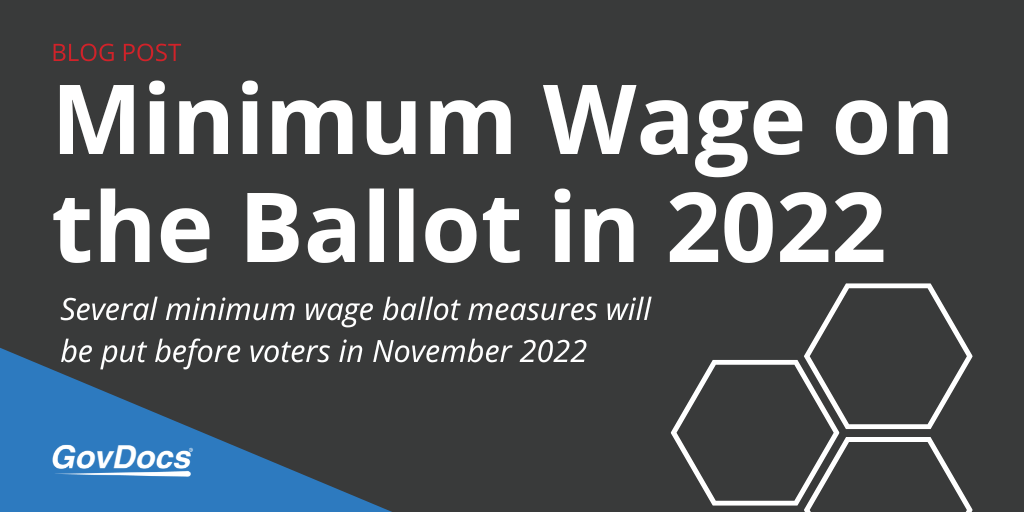 Employers are likely already looking ahead to all the 2023 minimum wage updates. And with these minimum wage ballot measures in 2022, there could be additional changes ahead.

In recent years, voters have often decided on the fate of proposed employment laws, including minimum wage in Florida and emergency paid leave in San Francisco.

As voters head to the polls on Nov. 8, 2022, employers will want to keep an eye on the results to see how the outcomes impact their obligations in the future.

While many jurisdictions considered referendums related to minimum wage, not all will make it to the ballot this year. Here are the ones being decided on by voters.

As previously reported by Employment Law News, there has been a recent trend of California cities and a $25 healthcare worker minimum wage.

However, the implementation of these ordinances has stalled.

Instead, two California cities will see their respective ordinances put before voters this month. They include:

Meanwhile, the city of Los Angeles has opted to put the item on the 2024 ballot. Note, though, that some are still considering future ballot initiatives, including:

Lastly, a petition to increase minimum wage in the state of California to $18 is now looking more likely for 2024.

In Nebraska, the ballot proposal calls for regular minimum wage increases until it hits the $15 mark in 2026.

Currently, minimum wage in Nebraska is $9. If approved, it would follow a fairly aggressive increase schedule on Jan. 1 each year:

After that point, Nebraska’s minimum wage would be annually adjusted base on the applicable Consumer Price Index.

Nevada voters will also weigh in on a minimum wage increase, but there are other factors in addition to a new rate.

The bill, if passed, would create a statewide $12 minimum wage beginning July 1, 2024. But it would also eliminate the separate minimum wages Nevada currently has depending on whether an employer offers health benefits.

In Portland, Maine, the minimum wage ballot initiative would supplant its current increase schedule with one that would eventually bring the rate to $18.

It also would supplant the existing tip credit language in the ordinance with a “service employee minimum direct wage.”

For the standard rate — if voters in Portland move forward with the minimum wage proposal — it would increase on Jan. 1 each year:

After that point, minimum wage in Portland would be increased based on the cost of living.

Already home to the nation’s highest 2023 minimum wage rate, Washington state could get another new rate if voters in Tukwila pass its ballot measure.

The ordinance would require certain employers in Tukwila to pay the same minimum wage of neighboring SeaTac, Wash., which has one of the nation’s highest rates for hospitality and transportation workers.

If passed, the new ordinance would also require employers to offer additional work hours to existing employees before hiring new workers or subcontractors.

Finally, we come to Washington, D.C., where voters will determine whether to eliminate tip credits.

If passed, the measure would gradually eliminate the tip credit until 2027.

Other Employment Law Ballot Measures in 2022

In addition to potential new minimum wage laws, there are other employment law considerations to monitor as voters hit the polls in November 2022.

In Illinois, the protection of workers’ rights and union activities is on the ballot, while Tennessee voters will decide whether to make it illegal for workplaces to require mandatory union membership.

Also, a few jurisdictions in Illinois are considering whether to become, or cease to be, a “home rule unit,” which could have ramifications regarding minimum wage and paid leave opt-ins or -outs in Cook County. 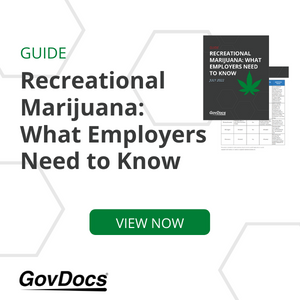 Lastly, recreational marijuana is on the ballot in several states, including:

If that weren’t enough, Colorado will also decide on the decriminalization of psychedelic plants and fungi.

Employers are likely already looking ahead to all the 2023 minimum wage updates.

And with these minimum wage ballot measures in 2022, there could be additional changes ahead.

Is Electronic Monitoring of Employees Legal?
Scroll to top