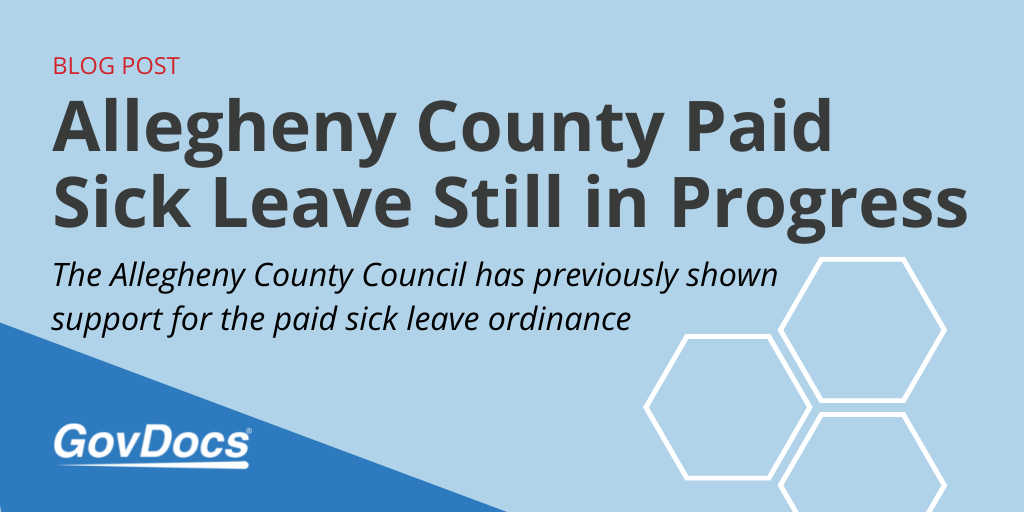 Several weeks ago, the board of health, after holding public hearings, approved rules and regulations relating to paid sick days for Allegheny County residents.

Paid sick leave in Allegheny County — the second most populous county in Pennsylvania — seemed poised to pass in March 2021.

However, the county’s chief executive vetoed the ordinance, saying the Paid Sick Days Act could face legal challenges. Instead, he recommended the law come from the Allegheny County Board of Health.

Several weeks ago, the board of health, after holding public hearings, approved rules and regulations relating to paid sick days for Allegheny County residents.

But instead of passing the paid sick leave law, the bill in late August was referred to the county’s Health and Human Services Committee for consideration. 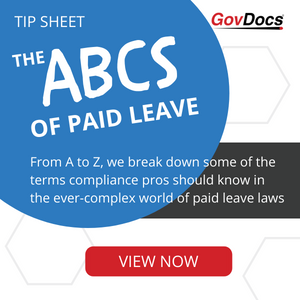 While the final law, if eventually passed, could change, the board of health outlined what the paid sick leave law in Allegheny County could entail.

First, it would apply to employers with 26 or more workers in the county, excluding independent contractors, state and federal employees, as well as seasonal workers.

Employees would accrue one hour of paid sick leave for every 35 hours worked. The maximum accrual would be 40 hours, though employers could designate a higher amount.

Reasons for use include:

Family member under the proposed law is defined as:

Also, carryover would be allowed, as well as frontloading. There would be no payout of unused paid sick leave upon separation of employment.

Lastly, the proposed law also includes notification requirements for employees, documentation for longer stretches of use, and recordkeeping for two years.

Paid Leave Across the U.S.

With the pandemic putting a spotlight on the need for paid leave, many jurisdictions have seen bills introduced, while others have expanded laws to cover public health emergencies like COVID-19.

It all adds up to a major compliance challenge for large employers, and HR teams must continue to monitor jurisdictions where they have locations for new employment laws — not only paid leave, but minimum wage, ban-the-box laws, predictive scheduling and more.

Whitepaper: What Employers Need to Know About Paid Leave Laws

While paid sick leave in Allegheny County has yet to take effect, the support of the county council earlier this year seems to indicate it’s only a matter of time.

With a large population and several large cities, including Pittsburgh, employers with locations in the county should evaluate their paid leave programs and the potential for adjustments in the future.