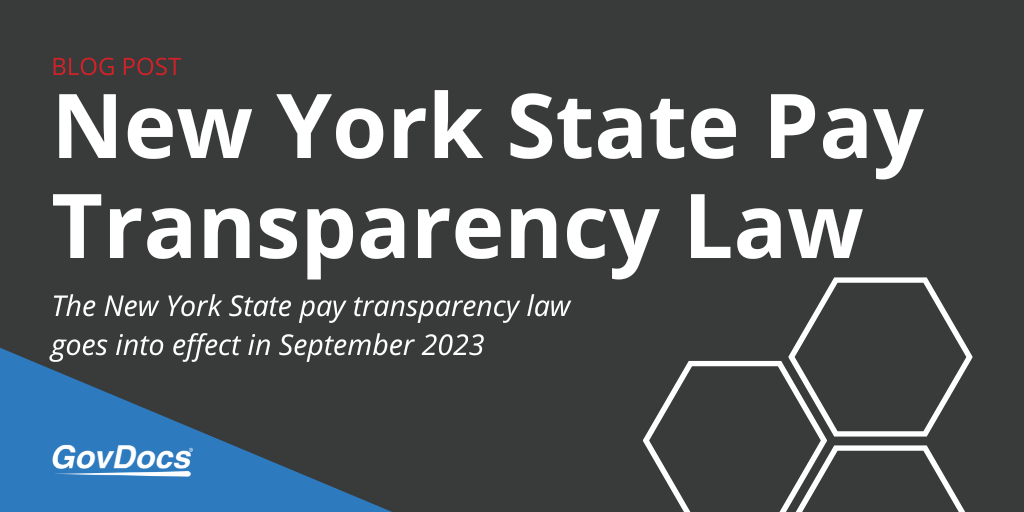 The law goes into effect in September 2023, so employers have some time to make revisions and align their procedures with the New York State pay transparency law.

A New York State Pay transparency law has been signed by the governor, continuing a recent trend of such legislation.

Signed in December 2022, the law will require employers list salary ranges for all advertised jobs, promotions and transfers.

“In order for New York to continue being the best place to work, we must create the best protections for our workers – and this legislation will help do exactly that,” New York Gov. Kathy Hochul said in a statement. “This historic measure will usher in a new era of fairness and transparency for New York’s workforce and will be a critical tool in our efforts to end pervasive pay gaps for women and people of color.”

Applying to employers with four or more workers, the New York State pay transparency law goes into effect in mid-September 2023.

The law defines range of compensation as:

The minimum and maximum annual salary or hourly range of compensation for a job, promotion, or transfer opportunity that the employer in good faith believes to be accurate at the time of the posting of an advertisement for such opportunity.

Also of note, in addition to salary ranges, employers must include a job description (if it already exists) in postings. The law also includes recordkeeping requirements, anti-retaliation provisions and fines for noncompliance.

For employers hiring remote workers, the law applies to jobs that “can or will be performed, at least in part, within the state of New York.”

State officials will provide guidance ahead of the effective date.

Meanwhile, the New York State pay transparency law is somewhat tied to the #MeToo movement. And a press release from the governor’s office cited 2020 gender pay disparity statistics from the U.S. Department of Labor:

“With today’s bill signing, New York’s first woman governor is implementing a statewide structural fix to the racial and gender-based wealth gaps that leave women in the workforce far behind their peers,” State Sen. Jessica Ramos said. “Equal pay for equal work is how we build up women as the economic anchors of their communities. As this law goes into effect, I encourage all New Yorkers to talk about your pay, demand transparency and use this law to ensure you are earning what you are worth.”

Employers should also remember that New York City also has its own pay transparency law.

There are some differences between the laws, and employers should review both to ensure compliance. (City officials also made some changes to the initial ordinance along with delaying its implementation.)

Across the U.S., employers have seen a number of new pay transparency laws in recent years. And, of course, they all differ.

Depending on the jurisdiction, these laws require employers to:

Most of these laws require employers to provide pay ranges at some point during the hiring process. But, as is the case in New York State, some require companies to give good faith estimates of salaries in job postings. Others include California, Colorado, New York City and Washington State.

Employers with locations in New York State should review their policies regarding job postings to ensure compliance with the new pay transparency law.

Fortunately, it goes into effect in September 2023, so employers have some time to make revisions and align their procedures with the New York State pay transparency law.

Exempt Salary Thresholds Above the FLSA
Scroll to top